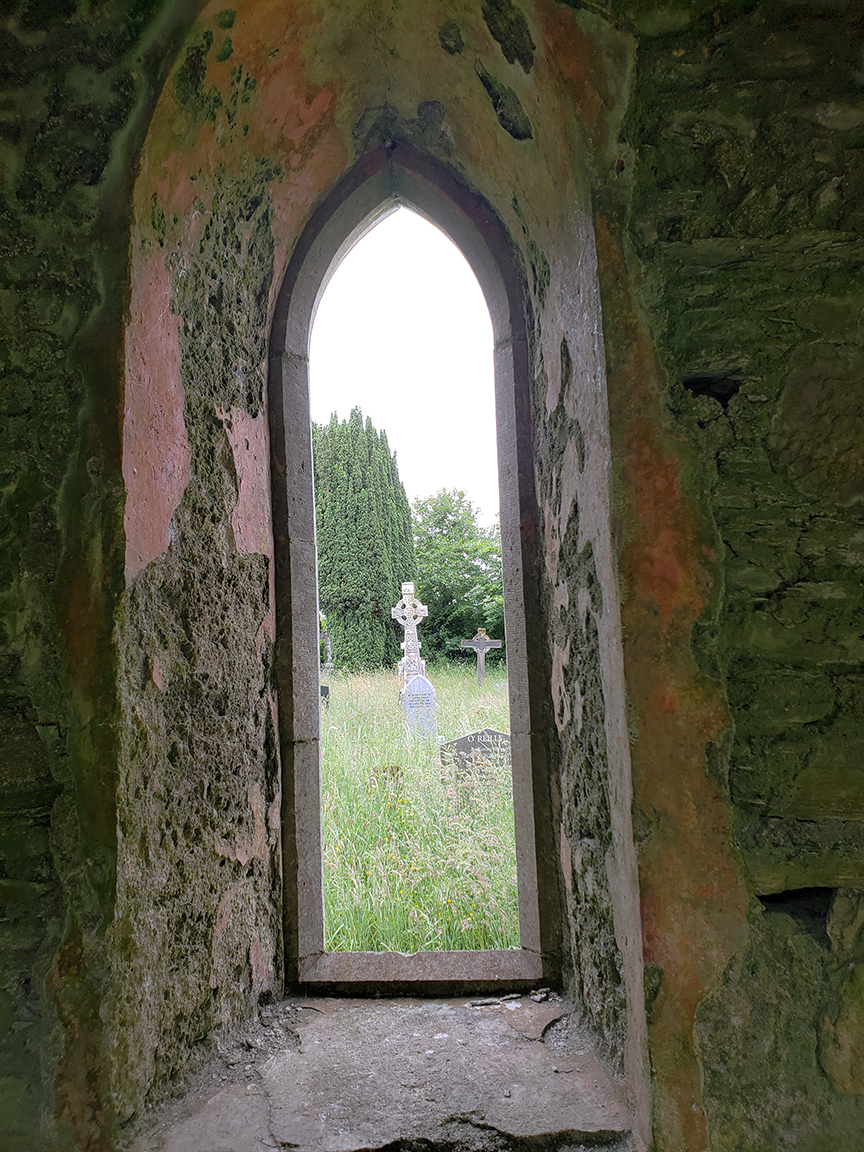 Well, that was his name before he was ordained a priest and took the ordination name Patricius, which is Latin for Patrick. Being a raging history nerd, I am seemingly unable to just grab a pint and toast St. Patrick like everyone else. I have always loved what we call “real history”. The real human story behind the popular stories, myths and legends.

One thing I love about real history is that I get to know such great people. Like Maewyn Succat. He was born in Wales in a small town in what is now, a major highway. Oops! His parents, were relatively well off Romans living in Britannia, or at least Romano-Welsh. His father, Calpurnius, was a deacon in the early Christian church, which is to say he was an active member of the local congregation. Maewyn’s grandfather was a priest. The thought of Maewyn becoming a saint was not on the table. In fact, his family would have been happy if he would just attend mass. He was, stop me if you’ve heard this before, a teenager who, being relatively well off, was a bit rebellious and had no time for religion. He was given the task of watching the sheep and I always picture him hanging unenthusiastically on his staff glued to his cell phone.

At the ripe old age of 16 Maewyn looked up from his duties to notice Irish raiders charging up to him, probably taking the flock, along with the hapless teenager. Irish at the time, in particular the O’Leary Clan at Roscarbery, were a seagoing people much like the Vikings of later fame. They would go raiding and trading throughout Wales, Scotland, Cornwall and presumably much further. And part of the loot they would take would be slaves. And thus Maewyn, who probably thought life couldn’t suck any worse than having religious parents always poking at him, making him work the flocks, was about to discover how much worse life could in fact become.

Maewyn was a slave in the northern part of Ireland. Because of his previous professional experience, he was tasked with, watching the sheep. It was during this six year “time out” that Maewyn found God.

Maewyn eventually escaped and found a ship, picture something like a viking ship, about to put out to sea. He begged the “Captain” for a chance to sail with them, thinking it a means of getting back home. Then, just when Maewyn thought his escape attempt would fail, the Captain pulled out . . . his nipple.

It is an uncomfortable fact of Irish history that one pledged one’s loyalty to a king, a chief, a ship’s captain, by ummm . . . sucking on their nipple. I know. This was such a thing that if you visit the archaeological museum in Dublin and see the bog men, human remains preserved in the bog, you can see that the nipples of these men had been mutilated indicating that they had been men of position, but had lost favor with the people. Rather than ripping the rank off their uniforms, they had their nipples mutilated so that no one could ever again suck on them.

So there was Maewyn, standing on the beach, boat ready to go, home on the other side of the water. All he had to do was suck on that disgusting man’s hairy, sweaty nipple. Nope. Not going to happen.

Somehow, Maewyn convinced the Captain that he would indeed be a loyal crewmember regardless of his unwillingness to suck the nipple. They crossed the water to Britannia and, then things got worse. Almost a month of hardship and starvation. But eventually Maewyn did make it home to his family. And there the story could have ended with him now glad to be watching the family’s sheep and attending mass.

But that is where the story gets interesting.

Maewyn began to take a keen interest in Christianity. He studied at home and then traveled to Europe to continue his studies. Eventually he was ordained at Auxerre in Burgundy in what is now France. He took the ordination name Patricius, Latin for “nobleman”. And now the story takes an even more interesting turn.

Maewyn, a former slave now priest, decides he has a calling to return to the very people who had kidnapped and enslaved him. Now that is a gutsy move. That is what I love about history. Meeting people like Maewyn Succat.

Maewyn, now Father Patricius, sailed back to Ireland and approached none other than the kings and nobility of his former owners.

During this time Father Patricius says in his autobiography that he was beaten, robbed, held prisoner for months, but that eventually his teachings gained some ground. He traveled around, mostly the west coast of Ireland, baptizing and ordaining others, and establishing Christian communities.

I should point out that he was not a part of the Roman Catholic Church. He was one of the early Christian Patriarchs and developed a form of independent Irish Christianity that blended the Irish love of nature with the teachings of creation and the connectivity of everything. Interestingly his teachings are coming full circle now with the advances made in quantum physics and genetics, but that is another story.

Eventually Father Patricius became recognized as a Bishop. Later he was venerated as a Saint. It wasn’t until the 12th century that Pope Adrian IV, the only English pope, and Henry II conspired to take control of Ireland. That is when Saint Patrick became Catholic. His day, perhaps thought to be the day he died but not necessarily, is the 17th of March. This was spread by the Irish Diaspora of the 19th century to the far corners of the Earth.

If he could only see the fruits of his work. People wearing green, drinking green beer, Chicago dying their river green, everyone becoming Irish on this day, and Irish pubs the world over enjoying a robust business in celebration of the Patron Saint of Ireland. History has a great sense of humor.

I will celebrate Maewyn Succat on this day, by remembering his incredible fortitude and courage. For having the audacity of returning to his former abusers to teach them better ways. Good man.

And, oh sure, I will wear some green and have a pint or two of the milk of Ireland. Great craic. (Irish for fun.) But I will contemplate the man he was and the things he did that still astound me. For example, it is said that he drove all the snakes out of Ireland. I have never figured out how he got them all in the car.

The last standing O'Leary Castle, Carraig na Curragh will be available for weddings starting in Summer 2022